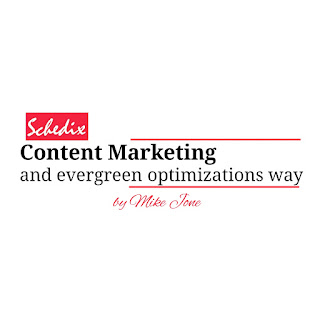 I will tell you the story of mine how I went into content marketing, in 1981 when I graduated from Cambridge I had almost every sorts of comfort which I can presumably enjoy, nice job, high package, good boss, better co-mates. At first when I completed my graduation in Computer Science I felt something which I felt that this are the things which will change the world, which it surely did till the end of 20th century. My journey in Marketing was accidental, from 1981 to 1984 I was appointed as Technical Analyst at one of the blue chips in United Kingdom. Later, on when I decided to do MBA I joined London Business School (LBS) in 1985 from there the real journey started, in beginning I was not knowing I could make up with marketing because I find Marketing to be the profession which was totally out of league. Although, I had some bit experience in sales. When I completed my MBA in 1987 I was fortunate to work with one of the tech start-up at that time and I was paid around 35K pounds in that time of money per annum. 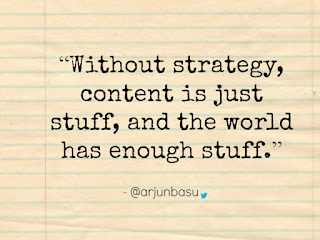 It was 1994 when I stepped my foot to climb new ladders of success, I was appointed as Head of Marketing in an Advertising Agency which helped me to share my 24 years of experience in Content Marketing. The work there was pretty simple as compared to my last job at start-up. I just need to sell the content to the audience which was made up the efforts of my whole Client Servicing, Creative writing teams. At that time there was not enough craze of internet, social media because there none at that time. We just need to focus on few things, newspaper, magazine and billboards. Unfortunately, I was very new when the internet bubble-busted during the 2000-2001-02. Everyday we were facing new challenges and the with boom in technology we were worried about the traditional approach of advertising we had. The existence of Traditional Media in upcoming future was questioned, in our organization we were very busy in analyzing the new trends. But during that time, one statement which I heard two-three years back by Bill Gates took me to decide how to market Content and that statement was Content is the King. So, from that time on-awards we as team decided not to focus much on how to market products, services on new upcoming technology and media instead decided how to market our content. This had put of my team into whole new zone of marketing- The Content Marketing zone. Now, we realized that medium is just the option if we had good content we can cope up with any upcoming medium, we will just require the new content marketing strategies to cope up with new consumer dynamics.
The whole team started to put up a set experiments on how this content will function and soon we realize the set of ways for content optimization, which was temporary and subject to change as per change in consumer preferences and target group.It was privilege to work in such circumstances when the whole dynamics were shifting from one edge to another and it helped me to understand what the real change is and how the innovation can help to match the supply and demands of consumers and clients.
There are some few content marketing optimization that helped us in procurement and I find them to be long lasting till many decades:-
1) The Headline Catcher
I always called it as Headline catcher because it's the first thing which audience will see and 90% of the work is done by that only. If headlines catches your eyes you will go and see what exactly inside the content whether it's audio, video or text. Once it catches the eyes it will engage you soon. This is very common and in today's world where time is money people prefer to invest there time in which they worth investing.
2) Visual Content
Now when the people are finding boring to read the visual has gain it's importance thrice in last  decade because humans are always keen to what it sees. Same as above headline catches the eyes so does visual but here there are few arguments as per different demography. But it is sure enough on YouTube thumbnails attracts more than headline or caption and to new generation it really works and that is why the falsehood of Click-baits gained.
3) Call to Action
Today, clicks are creating thee new dynamics of Content Marketing over internet, if your call to action is really impressive and eye catching than soon your inbox and call box will burst with lots of messages and calls. There are many ways which content marketing campaign uses like bringing audiences to there sites, free trail vouchers, codes etc. However, this is secondary but will help in primary objective of content marketing
4) Have strong Content Amplification strategy
The best way to do is re-market your marketing. Since its the time of social media and internet it became quite easy to amplify your content as compared to what we were struggling in end of 20th century due to expensive availability of traditional media. It was like spending twice to earn once and now since you have Facebook ads, twitter ads SEO's etc. and so on the list is very long and cost-effective you can really amplify the content at greater speed and with ease of access just need to have few strategies and internet connection.
5) Campaign Calendar
I know you are thinking that its old school stuff and its obvious to have campaign calendar but will tell you that don't take Campaign Calendar and execution action plan simply like knife with butter on bread. Many research's have proved that timing do play huge role in engagement of traffic you just need to match them with those research and have the right campaign calendar for right audience type.
6) Measure metrics
You know why all your social media came up with the metrics option it was just because the need to measure the real-time data by sitting on one-corner seat. With the help of real time metrics you can real measure the the trends happening all-over the world and it can also help you in present as well as future needs for your content. You have the real data sometimes raw sometimes systematic analyses. There are many software's and application available in either free or paid formats you just need to put them on right work.
7) Understand the base first
Always start with basics like defining goals for content marketing, objectives, your target specimens,authenticity etc. Not to skip this most important step, it should well-begin before the marketing of content and by the time you start your content marketing just ready with real-time facts and figures for making decision, amplification and execution of plan.
That was base what I learned in 20 years of content marketing and I think these are the only ways in content marketing which are not going to change and remain ever-green.
52.6k views
#contentmarketing #marketing #optimization #strategy #content

Popular posts from this blog

April 06, 2020
To be honest, working in an environment where dozens of loads on heads aren’t an easy task to manage, we simply forget the key principles of success, we often makes decisions in hurry and often rely on few facts rather accurate facts. When I’m writing this the world is in great crisis; hundreds of countries are in lockdown, millions of people in the world are fighting with COVID-19 pandemic. In such situation when whole world is under distress, so does the businesses are. Businesses tends to lose millions alone and trillions of dollars if consolidated the figures under single table. Today, the “think-hats” are not thinking of how to generate revenues but are more focusing on how to survive. In this crucial times when millions of business are at the verge being extinct, I personally see the huge consumer behaviour shift post-pandemic. My personal logic behind the situation is when whole under single umbrella fighting the same thing, the consumer shift in choices will be quite relative.…
Post a Comment
Read more

August 23, 2019
There are hundreds of ways you can reach to people and out of which there are thousands of way you can convert your sales. Just imagine hypothetically, if you completed your reach to each and every audience in your targeted segment and end-up up with heavy cash, do you think they will remain loyal forever? Do think selling them once in lifetime in more than enough?

No, is the obvious answer for this question and there is no one who can deny the fact that once the business will always not remain the business if not changed as per demand and supply matrix.

Here, I m going to share you some excellent strategies which you can use online to make your customer buy your product/services again and again.

1. Focus on loop-purchaseSuppose you have business and it is doing pretty well online whether its conversion from view to sales our call-out actions everything is doing pretty well. But there is adage, it's not necessary that what looks good is always good from inside. We sell millions of pr…
Post a Comment
Read more

November 01, 2018
The arguments never ends, simply because it is like double face coins having heads as benefits and tales as losses, in fact, its better than the worse for non-performing products or services to cope up with cross-selling demands. There are endless arguments, endless debates on the this topic-Does cross-selling really helps?

Well, if you believe or not but many times it works better than what other channel sales strategies wont work. Here is how you can plan the things out for sales growth.

1. Creating polygamous benefitsPolygamous! is the word I would prefer to use here, have you heard the proverb "when one door closes others opens"? It is what advisable here, Never! dare to end-up having single benefits for product or service always have many to increase penny because you must know the fact keep the doors open until you succeed in context to this statement have more than one benefits for cross-selling.